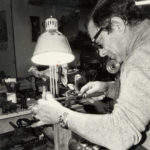 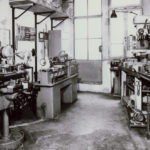 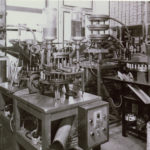 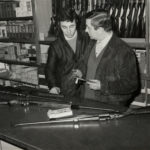 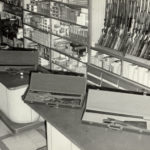 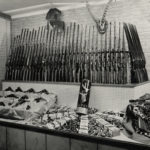 located in Via La Marmora in Lecco, it has been for many years a landmark in the heart of the city, in the strategic Piazza Diaz. At first glance in a shop like many others, while everything right inside has always enclosed and preserved an extraordinary world thanks to the armorer Giovanni Concari. A long story that began with the caster Cesare Concari. In 1919 the armory was officially opened in Lecco in Piazza Diaz and in the workshop on the back it was a question of making braces for external dogs in a workmanlike manner. Giovanni Concari becomes a partner of S.C.A.M., which he then leaves, to open two other armories: Romagnano Sesia and Vercelli. The family certainly does not lack work. 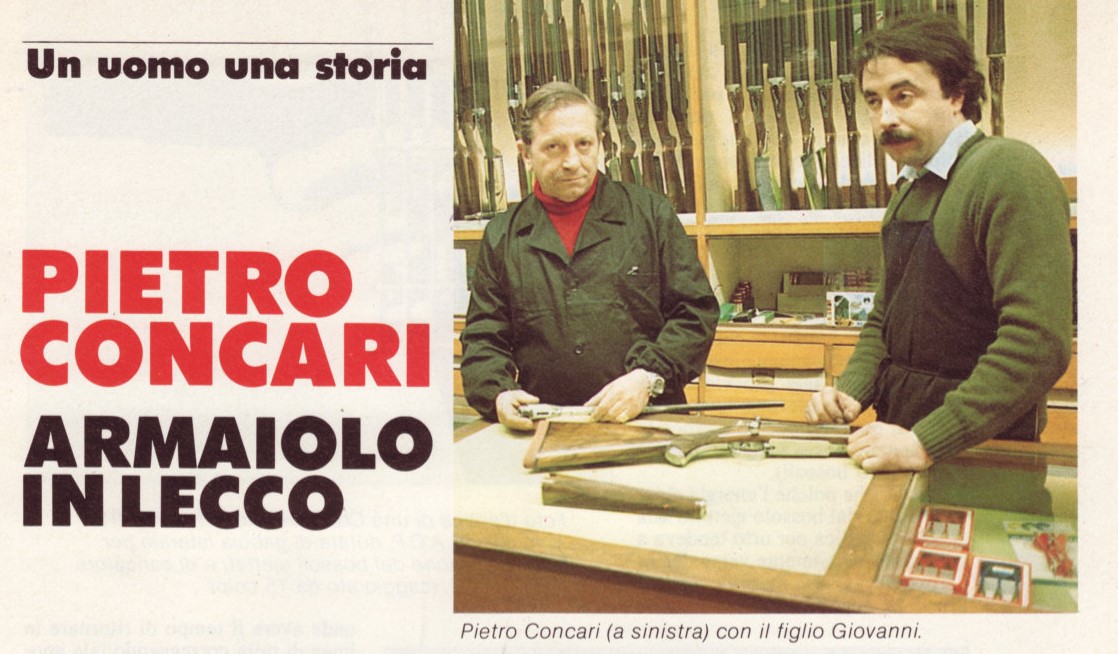 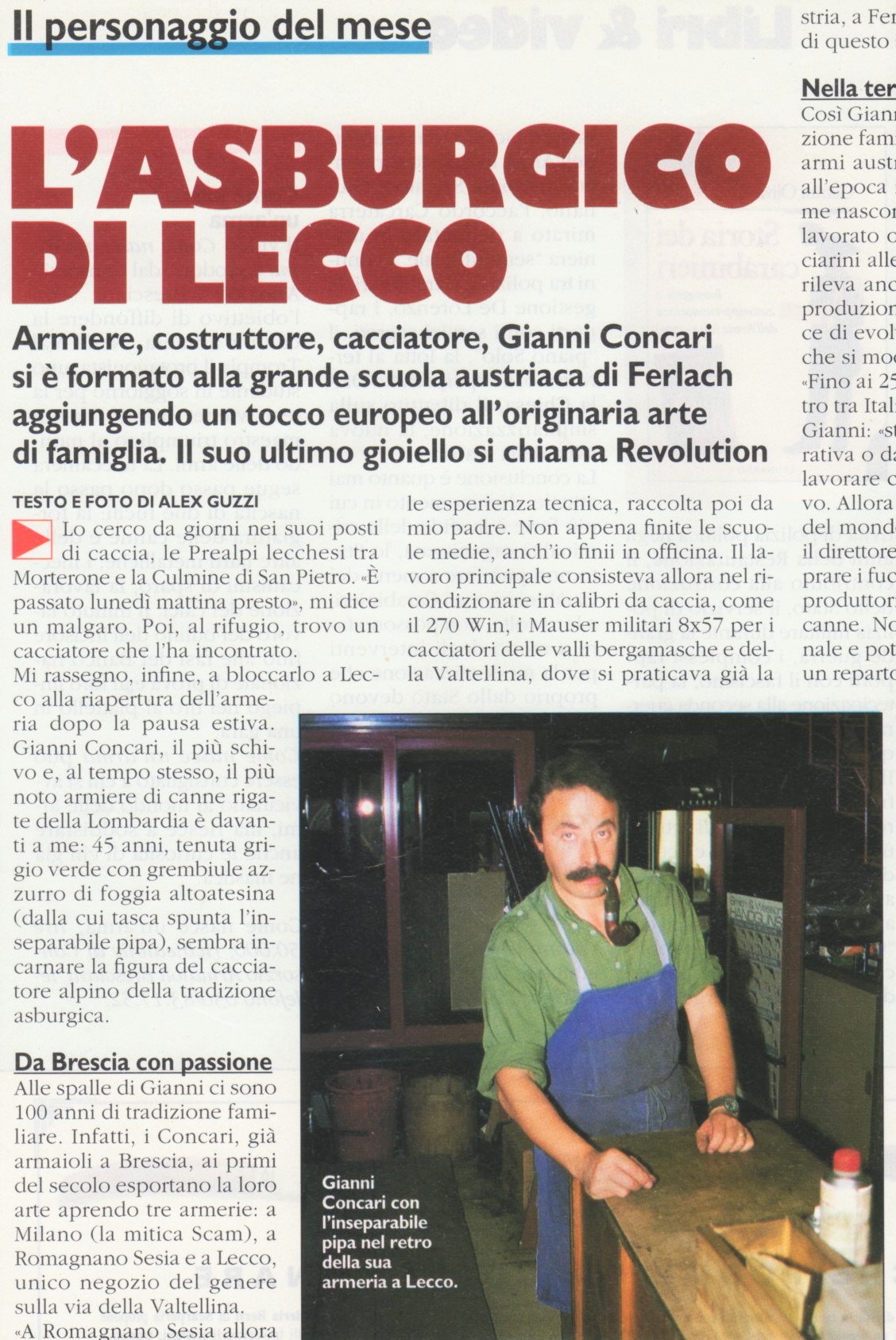 In those years, hunting in the mountains with ball-striped weapons had spread due to the large number of military rifles remaining in circulation, as well as the familiarity acquired by many in the use of weapons. His son Pietro, who had always nurtured a strong passion for weapons and ball shooting, decided to go into this sector by exploiting his propensity for the trade. He begins to manufacture rifles using breeches of Mauser K 98 rifles, assembling Swiss barrels from Hämmerli. The results are immediately flattering and the name Concari begins to be known. A few years later, in 1957, Pietro chose the Purdey type double-locking pan made by Cesare Peli, combining the rods of the German company Rheinmetall. This project is also successful: they are weapons carefully thought out and made to perfection and produced to order.

The workshop becomes too small at this point and Concari moves to the shop opposite which offers more space. It is 1959, knowledge is expanded and spread, tastes are refined, and Armeria Concari offers its first tilting single barrels. Great beautiful rifles, robust, light and precise, with first choice barrels and telescopes at an attractive price.

Another important chapter concerned the production in 1980 of Mauser - Magnum movements completely machined from solid, both right and left, with 18 mm or 20 mm diameter shutters depending on the calibres. In 1981 Pietro exhibited for the first time at the EXA, the arms fair in Brescia and presented himself with a highly sought-after novelty. It was a Mauser entirely handcrafted and supplied with two hand interchangeable rods, one in 6.5x57 and the other in 7x64 with the spotting scope that remained calibrated when changing the barrels. The following year he was present at the second edition of the EXA, exhibiting a newly conceived tilting mono barrels; gauges of your choice, with double Purdey closures and third Kersten type closure and with ejector.

It is the turn of the fourth generation of the Concari gunsmiths, that of his son Giovanni, which begins with the mechanical equipment to produce the attachments of the spotting scopes, the Mauser tanks and the relative plates, all from a single piece. Attracted by the Peabody-Martini action, he is equipped to produce "full" specimens. Pietro and Giovanni build a single-shot with oscillating block type Martini. The whole mechanism was embedded in the wood with the same line as a normal rifle. The great innovation occurred at EXA in 1995 when the son presented a truly innovative weapon, the Revolution. The single-shot rifle integrated innovative mechanical solutions: the evident characteristic was the absence of both a tilting device for closing the breech and a sliding or rotating-sliding shutter unlike the usual classic systems.

For other noteworthy innovations we must wait for the 1998 EXA in which Giovanni brought a demonstration of what the Concari were able to do. A 47 cm Mega Mauser magnum and a 12 cm Mini Mauser magnum built by his son Matteo. Also in the same year Giovanni developed a short Mauser "Kurz" which was formerly made in Germany. A normal Mauser movement but 16 mm shorter than the original, designed for small-medium calibers, both right and left handed. 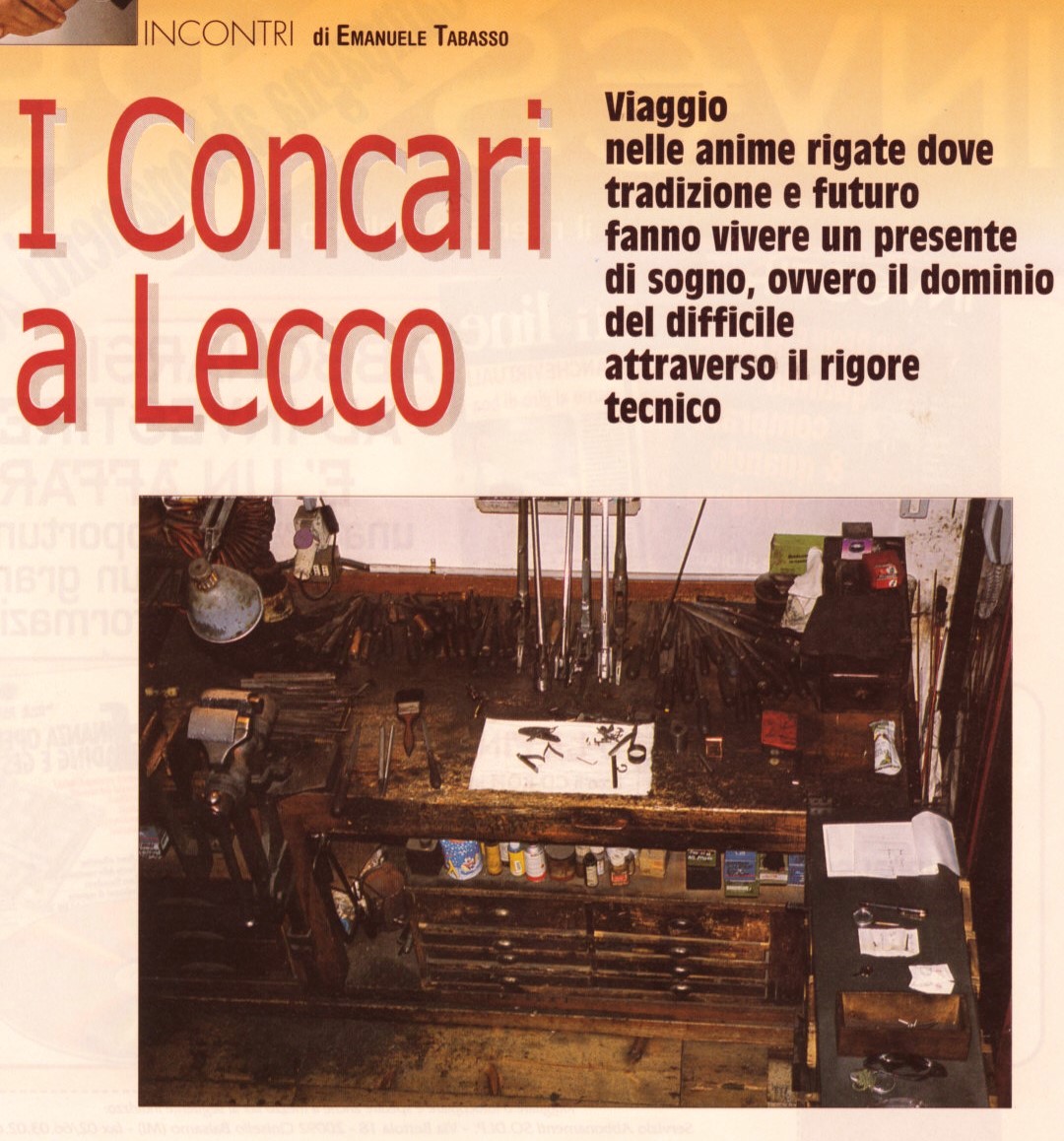 The honest consideration for its customers has turned the Concari into real gunsmith magicians, suppliers of the most complex requests. Silent passion has always promoted their craftsmanship.